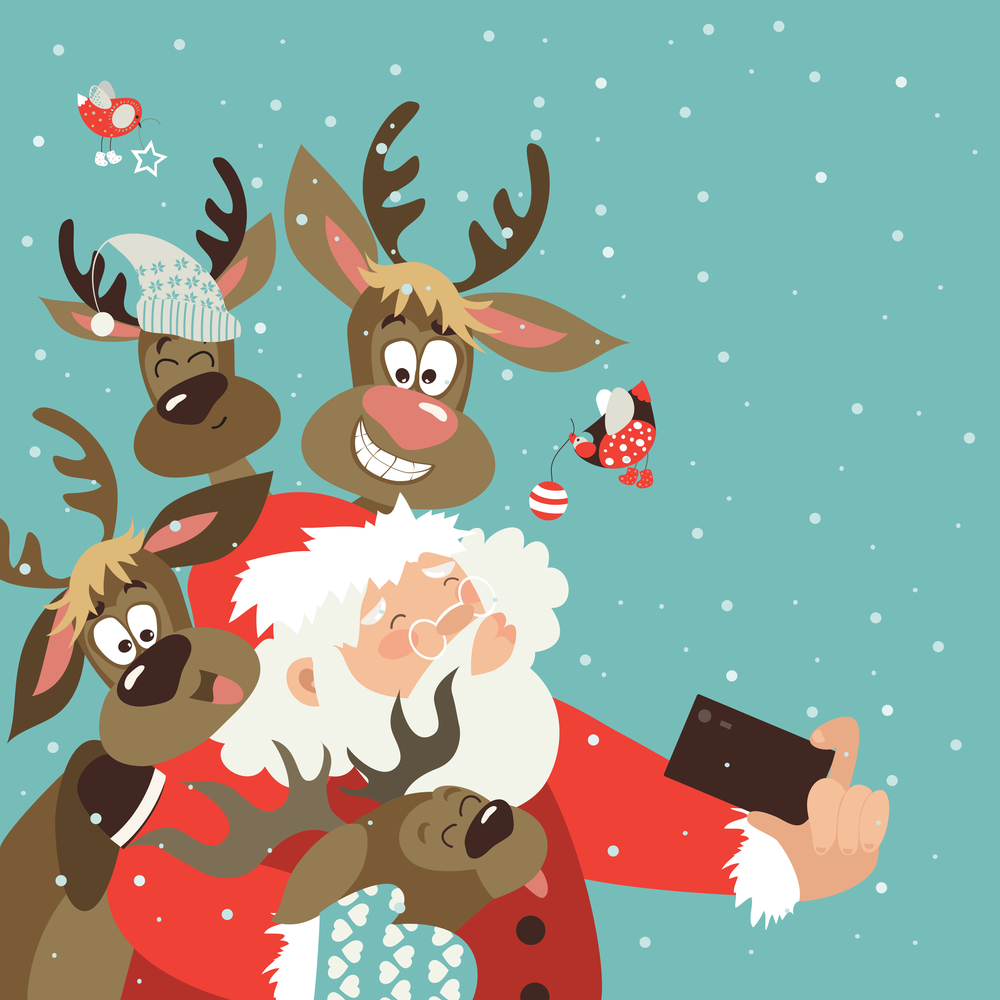 Ho ho ho! Santa Claus is coming to Valencia and I hope he will stop at Interland School of Languages to leave us all some presents. Dear, fat, and jolly old Santa will soon set off on his annual journey to deliver presents to children all over the world. On most parts of the planet, people celebrate Christmas on December 25th every year, and as we know, there are some similarities as well as differences between the various celebrations, costumes and customs that are followed in the Christmas traditions of different countries. I would like to share a description of the typical Christmas period in Spain with you, because here we can look forward to some special days.

The seasonal streetlights are turned on around December 6th in the majority of Spanish cities, coinciding with the national holiday Constitution Day, so from this time you can start enjoying a Christmassy atmosphere in the city streets, in which the increase of people out enjoying company lunches or dinners is quite noticeable. If you have been living in Spain for a while, you will be aware that we tend to celebrate everything around a plate of food. Well, in the period before Christmas it is common for many companies to invite their employees to an annual staff lunch or dinner.

One of the most significant days in the year is December 22nd: The National Lottery Day. Lots and lots of people are waiting in suspense to hear who has the winning numbers, who will grab the big prizes. The crucial information is relayed on TV to the nation by ‘Los niños de San Ildefonso’, kids who sing the numbers in a peculiar voice and cadence.

Christmas Eve (December 24th) and Christmas Day (December 25th) are of course major festivity days in numerous countries, Spain included. Santa Claus takes advantage of these days to deliver his presents to all the families.

New Year’s Eve is celebrated all over the world (December 31st). On this night people reflect on the wisdom or otherwise of their choices and mistakes over the previous year, and make many promises to themselves to make greater efforts to reach their goals in the new year. But of course, there are lots of parties as well…

‘La noche de reyes’ is very important for us in Spain (January 5th), because that evening we await the visit of the Three Wise Men (‘Los Reyes Magos’) who leave presents behind for us. By the afternoon of the 5th everything is ready for the ‘Three Wise Men’s Day Parade’. The participants traverse the streets in a luxurious carriage and throw candies to the kids who are waiting for them by the roadside.

ROSCÓN DE REYES AND OTHERS DESSERTS

On the morning of December 6th we open our presents (or eat the coal, if we have been naughty boys and girls). Be aware a great present could be a Spanish Course! On this day we eat a special cake called ‘El Roscón de Reyes’, inside of which are hidden two little things: a minature king and a bean. If you are lucky and find the king you will be able to wear the king’s paper crown, but if you bite the bean… well, then you will have to pay for ‘El Roscón de Reyes’ next year.

The local desserts enjoyed during this time of the year are very original too, because we have some special, uniquely Spanish sweets called ‘turrón’ and ‘polvorón’. Many visitors to Valencia at this time are also enchanted by these local delicacies and are sure to stock up on them to bring a little taste of the special flavour of Christmastime in Valencia back home to their family and friends. If you, too, want to taste our specialities, you can visit Spain during these magical days and enjoy them. We are waiting to welcome you with season’s greetings at Interland School of Languages in Valencia. Merry Christmas, feliz Navidad!