Tapas or pinchos, are they the same? 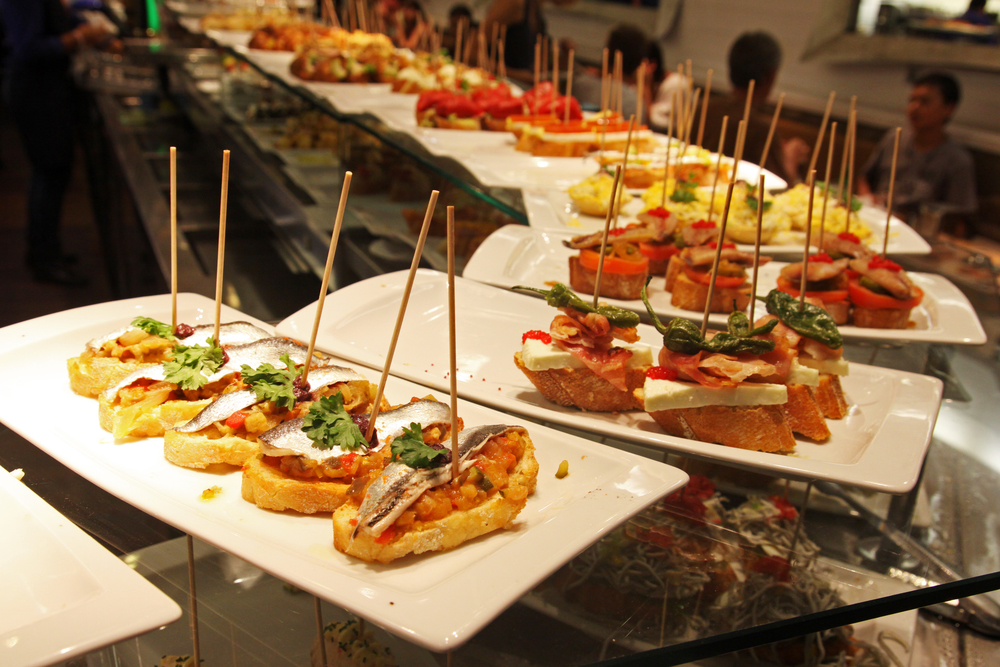 Spanish people love having long lunches and dinners and talking to each other. In fact, this is one of our principal customs, to get together around a table full of tapas over the weekend. Our tapas are quite famous around the world, although some people do not know what exactly a ‘tapa’ is and what the precise difference is between a ‘tapa’ and a ‘pincho’, and thus refer to them as if they are the exact same thing. But actually, while there are indeed some similarities, there are definitely some subtle differences that we can point out between them.

Tapa: Pequeña porción de algún alimento que se sirve como acompañamiento de una bebida. (A small portion of food that is served as an accompaniment or side order to a drink).

Pincho: Porción de comida tomada como aperitivo, que a veces se atraviesa con un palillo. (A portion of food that is taken as an appetiser and sometimes is pierced with a toothpick).

Actually, it seems as if the RAE itself does not have a satisfactorily clear idea about these terms, because the truth is you can easily get a pincho as a side order with a drink, but this does not appear to be taken into account in their preferred definition.

The gastronomical sector distinguishes between ‘tapa’ and ‘pincho’, however, and considers them both as being small portions of food. The main characteristic trait resides in the fact that a ‘pincho’ is always pierced with a toothpick and is usually placed on a small slice or piece of bread. On the other hand, the ‘tapa’ is generally served on a plate – as a smaller portion than the main dish – and you have to use cutlery to eat it.

At least, this is my explanation of the ‘tapas’ and ‘pinchos’ conundrum. This is also an example of one of the subtleties of the Spanish language – and a very ‘tasty’ one to boot. So the next time you go to a Spanish bar or restaurant you will be able to distinguish between them, order accordingly – and enjoy! ¡Que aproveche!